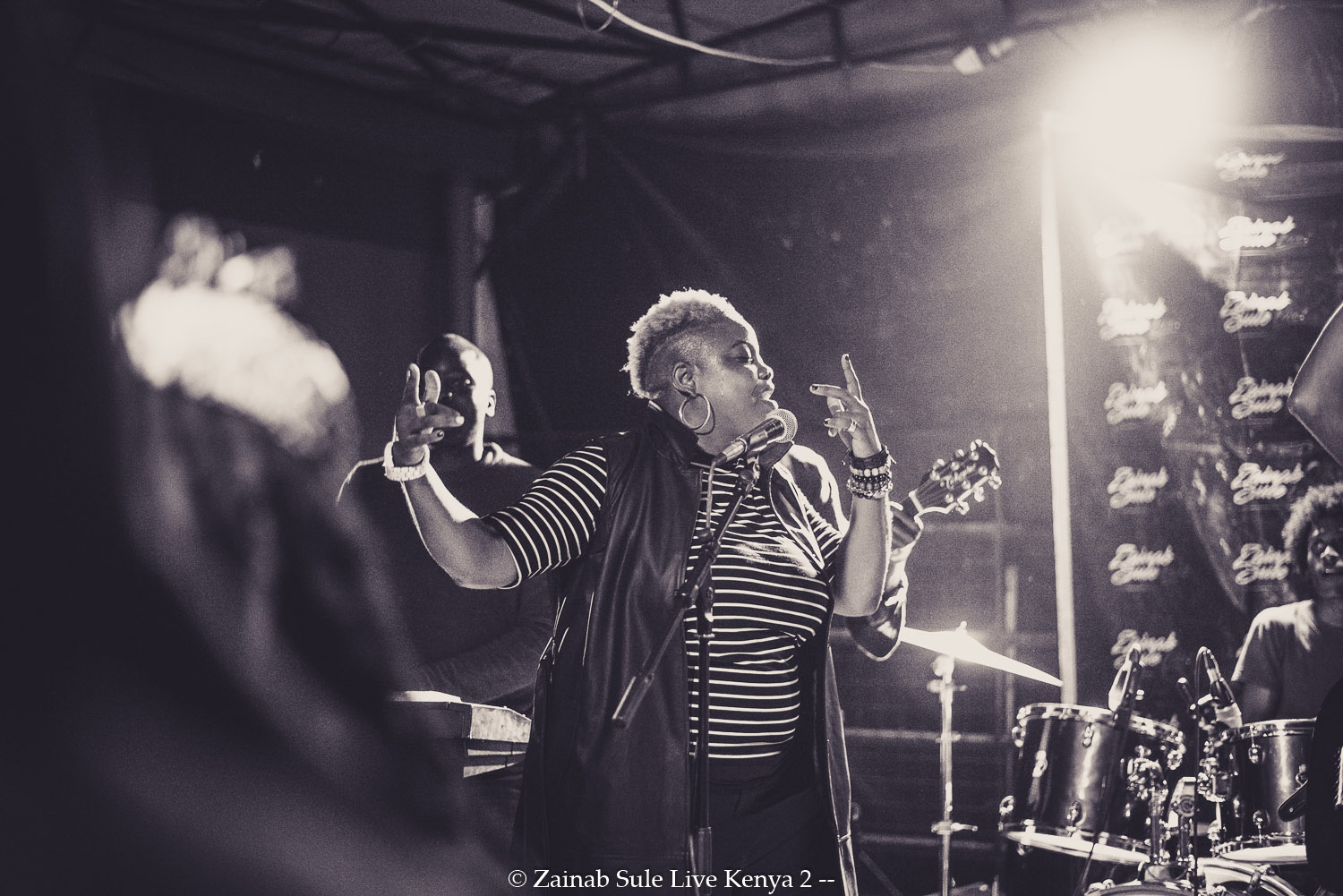 Visiting Nairobi for the second time was different. Special love to RockTour and Channel Y254 on KBC, Amos Kiptoon of Rock Society of Kenya and Yvonne Ndubi of Heavy & The Beast. Deejay TUMZ was in his element and we loved him!

The pictures below should tell the story of how much fun we had.

The event held at Crooked Q’s, one of Nairobi’s popular areas in Westlands. Before the show, we got some huge support from Capital FM’s The FUSE and Y254.

Zainab on The FUSE

The aim this time was to hold a second version of Zainab Sule Live, and make lasting friendships and blend cultures. We also dedicated this edition to Depression. A lot of Kenyan rockers turned up, and showed some huge support. We are thankful.

Deejay Tumz (The Rock Doktor) was the official DJ

With Rish, Hybrid Intuition and Yvonne Ndubi of Heavy and the Beast

Getting set. My MC, Phyline Jean was uber awesome.

We wanted the line up of acts to be minimal and were stoked to have 20MoreDays, RASH, Dani from Seeds of Datura, Crystal Axis on the lineup. It was set up to be the perfect night.

Dani in his element

There’s no perfect show — but there is unity and friendship, and that’s what was displayed when arguably one of Kenya’s fine bands, 20MoreDays with leader Simon Peter joined Zainab Sule on stage for her songs, I Believe in Love, Sako, I Believe in Love, I Will Be There and her newest single, AMNESIA.

Simon Peter was in his element and played fan favorites such as MONEY, Nairobi and Chepchumba. He’s wild and country, and I personally have an affinity for his style of music.

The last act were punk band Crystal Axis, and boy, were they wild. We loved it.

We were happy about the bonding, and the friendship – everyone definitely did have fun because no one wanted the show to end. For the first time, we got home 3am.